WordPress users are familiar with the concept of themes. They let you to customize your site and swap out functions and features as you see fit. There are loads of themes to choose from, both free and premium, that give you variety of options.

That’s why, last March 17 at DevHub Coworking Space, WordPress evangelists and newbies convened in a meetup that talked about theme development.

The session started with Dreb – a web engineer from 10up and co-organizer of WP Davao, talked about what the community is all about. He also discussed about the hierarchy of WordPress Template.

Guy Romelle Magayano, a full stack developer from Infosoft Studio talked about the fundamentals of building a theme. He also pointed out the benefits of building it from ground up and with the use of existing frameworks to make it efficient. Thus, it does not reinvent the wheel but innovate it using available tools and resources.

Guy’s slide can be found here.

WordPress is constantly being updated every now and then due to thousands of active contributors. It can be the core, plugins and even the themes. Now, why is it important to create a child theme?

Mint Medillo, a backend developer from Dash10 shared his knowledge about the importance a child theme when customizing the website’s main (parent) theme. He showed how easily it can be created using the three essential components – child theme directory, stylesheet and functions.php

Mint’s slide can be accessed here. 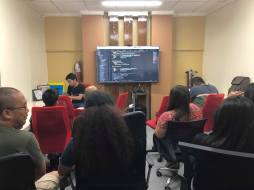 Did you find this article helpful? Why do you want to learn WordPress development? What do you want to know more about? Let us know in the comments below.

This community is 100% fueled by volunteers with the support of our sponsors (we’ll give you the list of sponsors soon) who embrace open-source.

So you want to help out running our community and share your awesomeness? Great! Lock-in period? NONE. Requirements? Only two things: You ❤️ WP and have fun!

WordPress Davao says hello to 2017! What’s the best way to start the year with a blast is of course through our monthly meetup.

We skipped the last two months (supposedly the usual monthly meetups) but here’s an update to give you idea on happenings for the past few months:

December 2016 – Dreb & I co-volunteered at WordCamp Manila held in Microsoft Tower, Makati City, Metro Manila. Andrew spoke at the event about how they work at Automattic. You should attend this year, too! From what I’ve heard, tentative date will be around 3rd quarter of this year, so we’ll keep you posted 🙂

January 2017 – Dreb, Jhong, Jaymar and I spoke at an event for a local community of bloggers and influencers named Davao Digital Influencers, Inc. We talked and demonstrated how to use WordPress for bloggers. It was the first time WordPress Davao was invited by other local community to talk and share about WordPress and how it can easily power up their blogs or websites.

That’s it! Pretty hectic right? So that’s the story why we started the meetup for this year at the end of March. If you have any WordPress related happenings to share with us, feel free to ping us in our WordPress Davao Facebook page or send us updates through our contact form here. We’d love to know your journey with WordPress.

Dreb opened the event with a welcome message and a quick introduction about the (We) WordPress Davao community. We’re doing this every meetup to keep the new members informed about the community’s objectives.

The community is all about reaching out to other people who make things or use with WordPress. Since it’s an open-source platform, one way for us to give back is by way of organizing events such as meetups, sharing knowledge and learning about innovations with WordPress and how we can contribute to the core community.

Getting Started with Theme Development

Basically, it’s the design of the WordPress website. Dreb talked about getting started with Theme Development by defining what is a WordPress theme and other helpful understanding for you to start building your very own theme.

Getting Started with Divi Theme

Romel gave us a walkthrough about the basic yet powerful features of Divi—one of the popular and most used themes of Elegant themes.

We’ve learned from our first time speaker, Renz, how we can make use of Sage started theme to modernize our process of developing a WordPress theme. This starter theme is jam-packed with modern front-end development workflow. 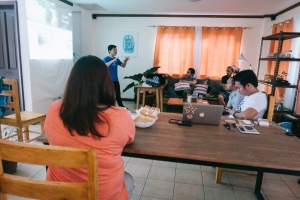 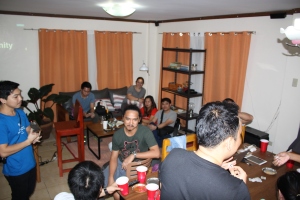 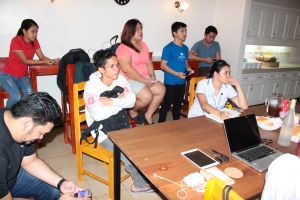 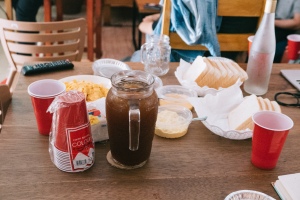 Our massive thanks to March sponsors! Cabinspace.co for the tambayan (hangout place) and Prior Marketing Solutions for our snacks.

Last November 12th, our local WordPress Davao group joined together with the world for the 2nd Global WordPress Translation Day. This event was simultaneously conducted through different WordPress communities around the globe.

Global WordPress translation day is a day dedicated to bring developers and translators together in internationalizing and localizing WordPress, including its components like themes and plugins. It could be translated in English or any languages that a community can read and understand locally.

The said global event was conducted by more than 30 contributor events, organized in more than 20 countries, including the Philippines. According to the statistics released, the said event brought 780 translators together or a 74% increase of participation from the 1st global event that was held last April this same year. Overall, there were a total of 60,426 strings translated which is higher than 40,350 in April. That includes popular plugins and themes in addition to the WordPress core.

Before the proper meetup starts, Dreb met, although virtually, with the rest of the Asia/Pacific WordPress communities who joined the global translation day.

In another story, the WordPress community in Davao huddled around at Yellow Hauz for hours of discussion surrounding translations in WordPress. We’re glad to see a significant amount of increase of attendance from the previous meetup. The event covered both 2nd official meetup as well as participating with the Global WordPress Translation Day.

It’s indeed a day focused on translation as we learned about the importance of internationalization(i18n) and localization(l10n) in globalizing WordPress. Trivia from the meetup: l10n stands for localization, and i18n, for internationalization. Counting the number of letters between the first and the last letters in those words explains the numbers in the names. Laziness is universal, LOL! The difference between l10n and i18n is that l10n involves the linguistic adaptation of a product to a specific language or culture, and i18n involves making the functional changes to a product to make it localizable, so to say.

We’ve discovered the WordPress way to internationalize any developed plugins or themes, so it will be ready for translation by other people. We couldn’t stress enough that developers play an important role with this endeavor; making every plugin or theme developed to adapt i18n, it will be easier for them to be translated in any local languages (localized) — which normally done by translators

The biggest success was showing the local community the importance of why we’re doing this group effort of translating WordPress.

Here’s the slides to our 2nd meetup:

While filling in our stomach with pica-pica platter snacks, we also had an open conversation, and we’re happy to see member’s actively participating in bringing out their current challenges and taking in feedbacks from the community. There was also sharing of tools, tips and even opening up an invitation for a career opportunity for those who are still in the lookout.

Photos courtesy of our members

It was a productive meetup again for the community and our first involvement in WordPress translation day.

Until next time and see you in our 3rd meetup this December! We’ll keep you posted .

As we join the world for the Global WordPress Translation Day, let’s hangout for hours of learning about Internationalization (i18n) & Localization(l10n) in WordPress. You can find more information about this global movement here — http://wptranslationday.org/.

Notify us your attendance & invite your friends! http://www.meetup.com/WordPress-Davao-PH/events/235194595/

The meetup was simple but it’s a good kickstart for all of us to know how we make things with WordPress and how it impacted our lives.

There are two main agendas of the meetup: 1st – to gather and meet people who have the same enthusiast about WordPress and 2nd – to talk about what WordPress is all about and its basic features and perks that everyone can take advantage of using this web platform.

END_OF_DOCUMENT_TOKEN_TO_BE_REPLACED

If you make things with WordPress and looking to help out, we would love you to us in the organising team.

Simply Sign-up here and we'll get in touch with you soon!